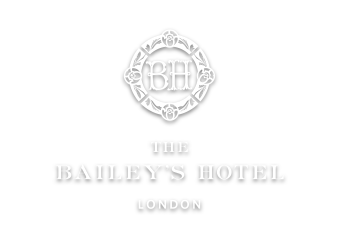 Impeccably dressed, always composed and with an endless drive for delivering perfection, Cipriano leads the team as The Bailey’s Hotel Manager.

Hailing from the South of France, it was the style and sophistication embodied by the high-end hotels which Cipriano grew-up around that drew him to a career as a hotelier.

While he remains committed to maintaining the standards of luxury which first attracted him to the industry, it is the teamwork of his staff and the connections he makes with his guests that make his every day a pleasure. On a typical day, you might find Cipriano greeting our guests in one of five different languages; ensuring that no detail is overlooked throughout the hotel, or supporting his team in any way he can.

"First impressions are everything"

You only get one chance to make a first impression, and the Bailey’s is lucky to have Gary,  the doorman, make it.

An experienced chauffeur, with a background in security, Gary can make any guest feel instantly at home. Having worked for both the British royal family at Kensington Palace, and the families of foreign government officials, he understands different cultures, different needs and – most importantly – the value of a smile.

Gary joined The Bailey’s Hotel team in 2016 and became part of the family in no time. Attentive and knowledgeable, he not only brings his skills as a doorman to the hotel. As an expert on antique jewellery and watches, he also cares for the 170-year-old clock which stands in the hotel lobby.